Since I replaced the HDD of iMac (21.5-inch, Late 2009), I will explain the procedure at that time in detail with photos.

Models around this time are easy to disassemble, support OS up to 10.13 High Sierra, and hardware performance is not bad, so I recommend them.

This is a list of iMac models that can replace HDD / SSD by the method explained on this page.

What they have in common in appearance is the silver aluminum body.

Also, they are all Intel Macs. 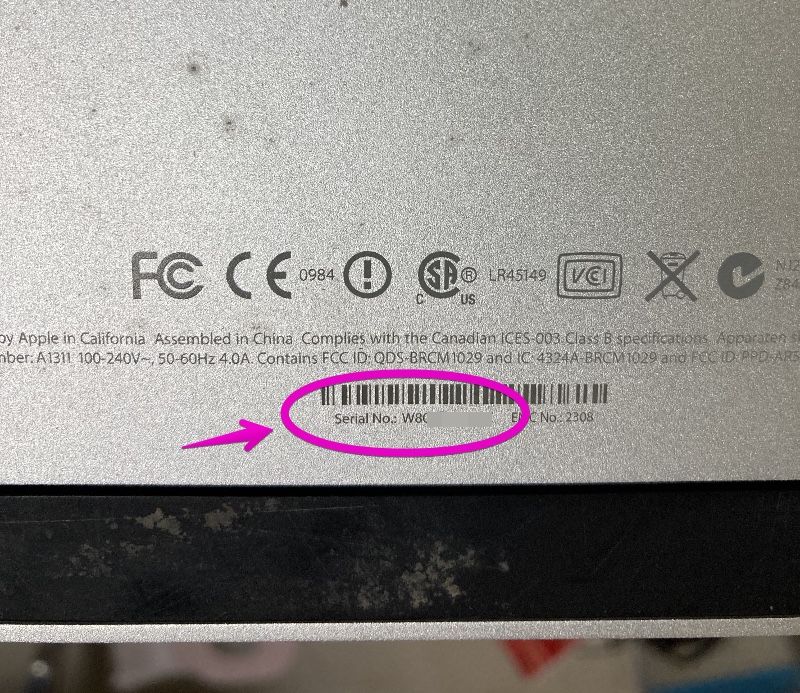 For the iMac models introduced on this page, from 2009 Late to 2011 Late, some models come with recovery discs, while others do not have discs for Internet recovery.

Therefore, when installing the OS after replacing the HDD, it is necessary to perform a new installation using a recovery disk or Internet recovery, or prepare a separate installation disk or USB memory.

Please also refer to it if you want to install 10.9 Mavericks or later OS.

The final “staples” is described in the heading “About the HDD temperature sensor cable“.

Below is a description of each tool.

The T8 Torx screwdrivers, which probably few people have, are special screwdrivers with a star-shaped tip. 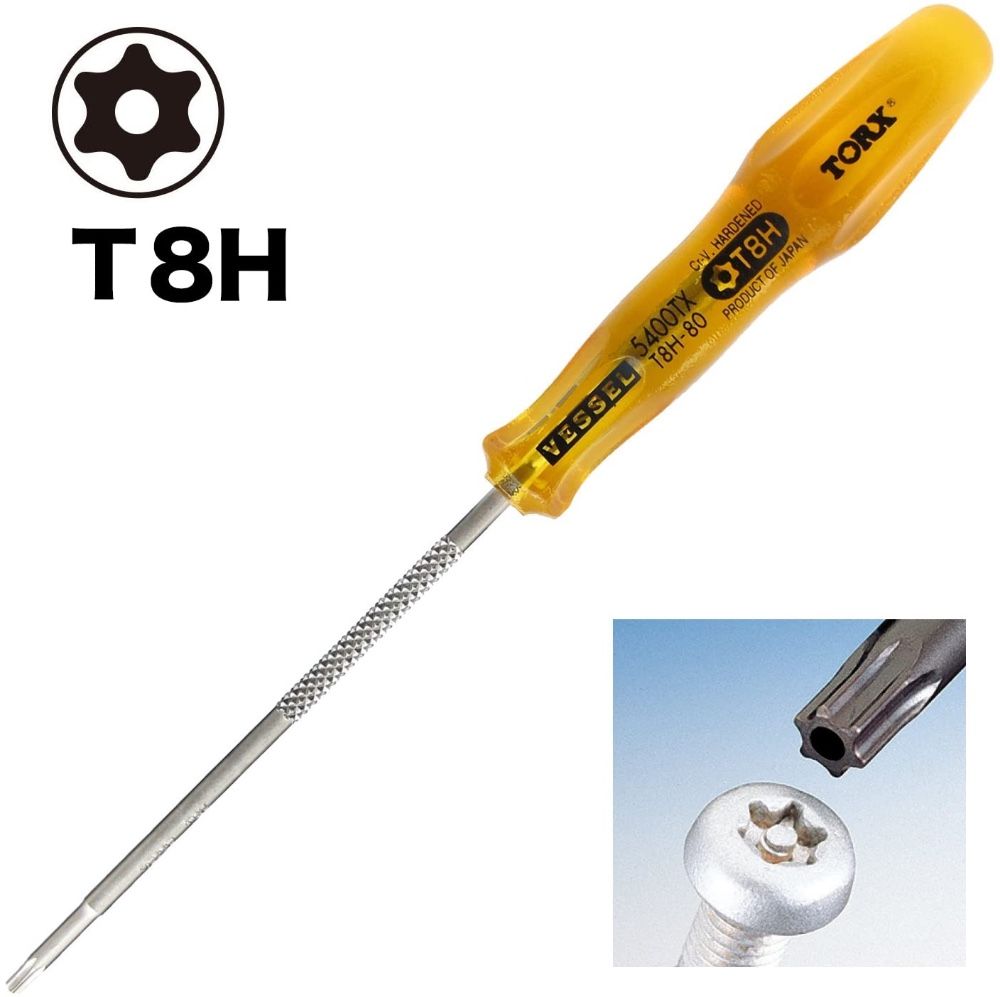 The glass panel on the front of the iMac is attached to the iMac itself with a strong magnet.

It won’t come off gently, so use a suction cup to pull it.

There are a number of strong magnets attached near the screws that hold the iMac’s display in place, which makes it very difficult to work with when removing or installing the screws.

Therefore, if you have a tool such as tweezers or needle-nose pliers that can hold screws, it will be easier to work, so it is almost essential.

Tools that are not required, but should be prepared if available 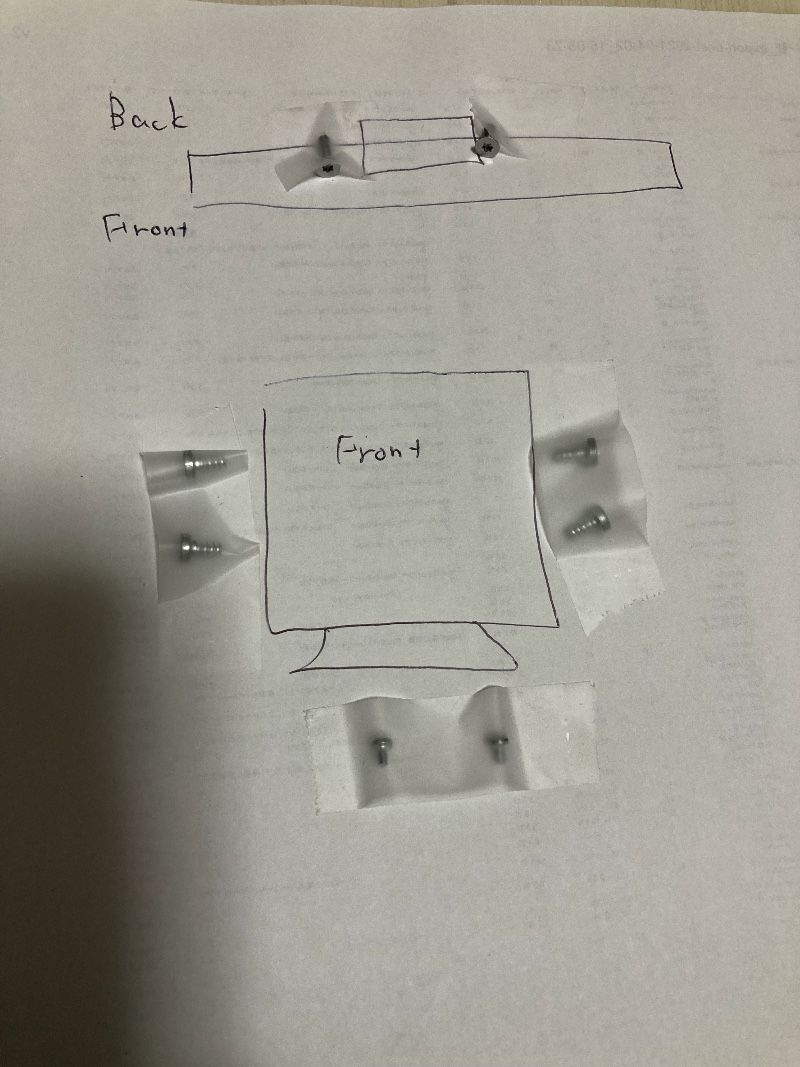 ▶︎ Unplug the power cable from your iMac and press the power switch on the back 5-6 times. 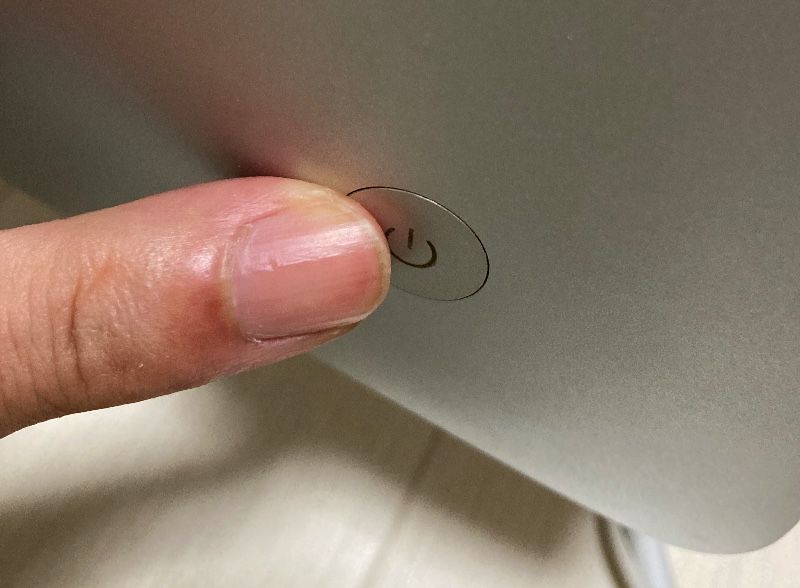 ▶ With the iMac upright, attach the vacuum lifter to the front glass panel and pull to remove it.

This glass panel is attached to the iMac itself with many strong magnets, so it won’t come off without a lot of effort.

The trick is to stick it near the top edge of the glass panel, pull it little by little, and if you get a slight gap, stick your finger in and prevent it from sticking again with the magnet. 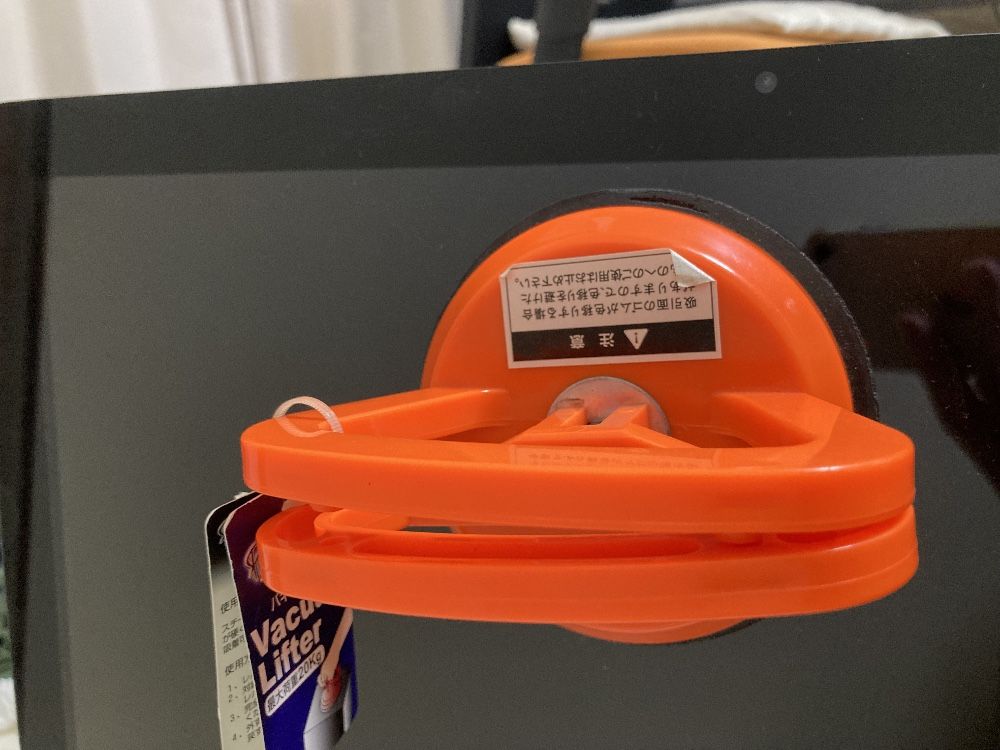 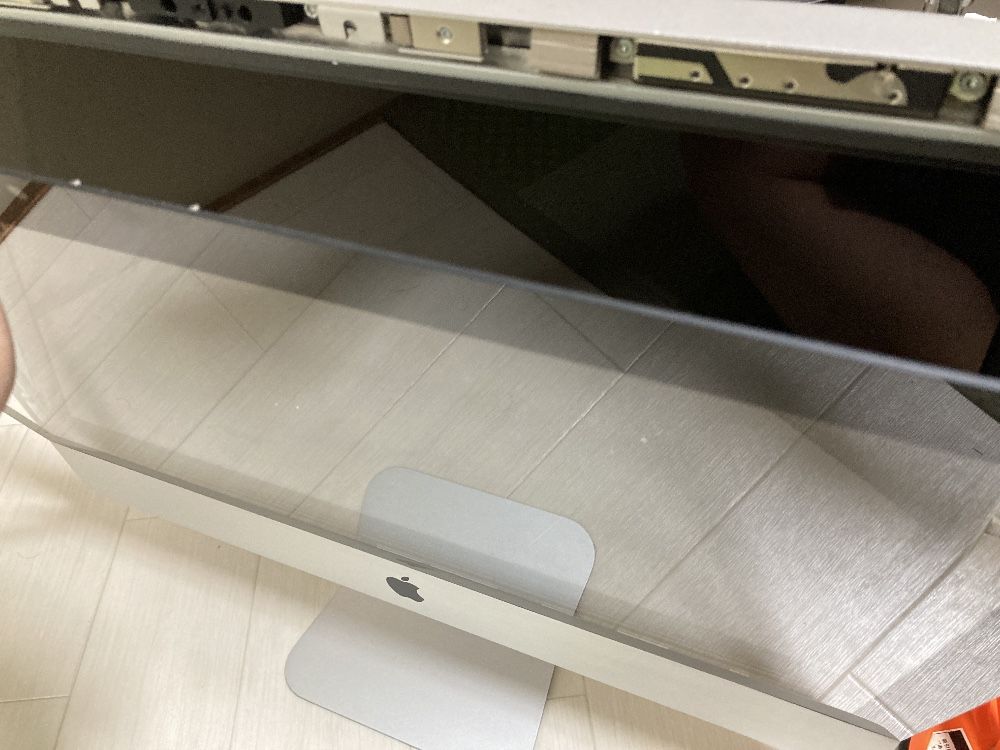 ▶ After removing the front glass panel, lean it in a suitable place. 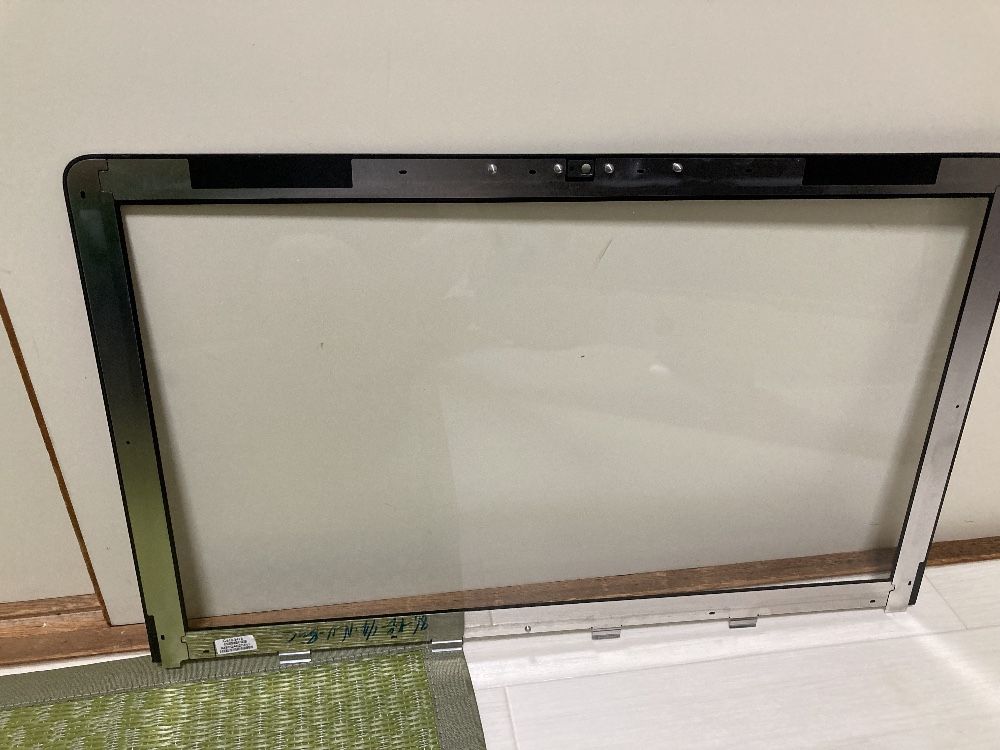 ▶ With the front glass panel removed, lay the iMac on its side and remove the T8 Torx screws that hold the LCD display in place.

▶ As for how to remove the screws, there are some strong magnets nearby, so if you can remove it in a little while, you should pick it up with tweezers or needle-nose pliers. 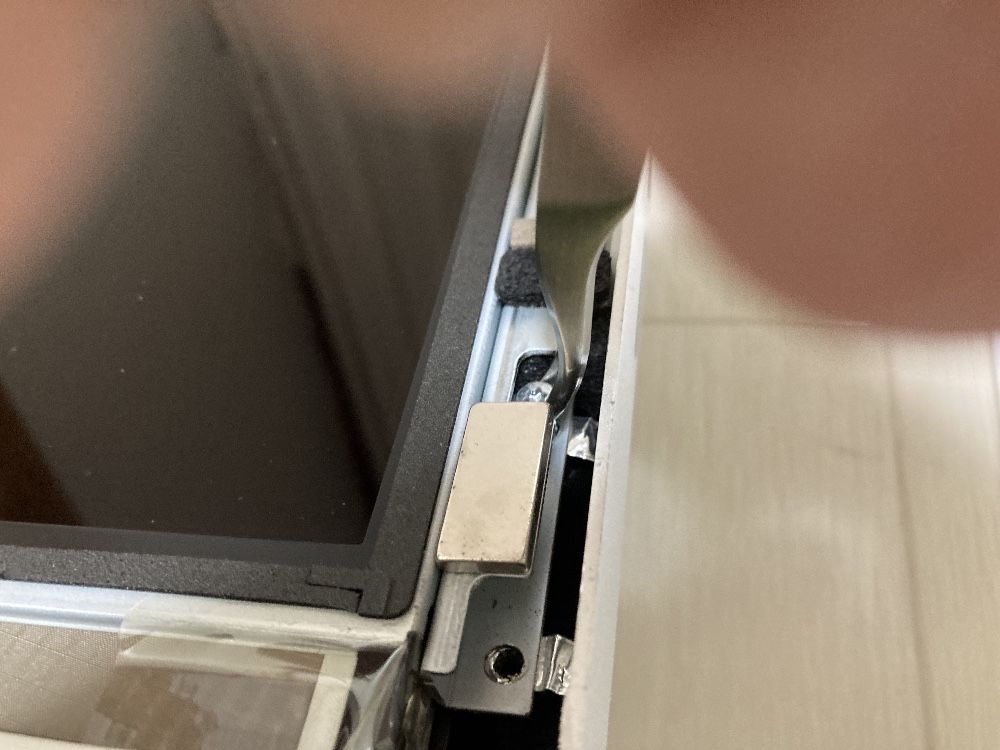 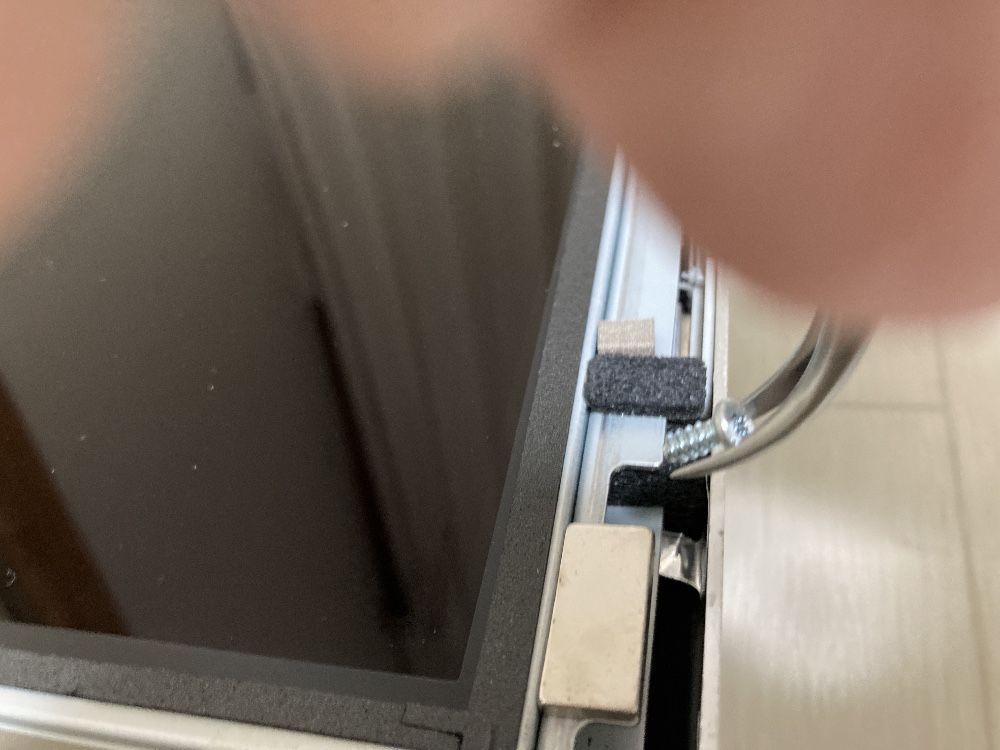 ▶ After removing the screws, remove the HDD inside the iMac while tilting the LCD display forward, keeping the iMac upright and taking care not to tip it over.

Remove the two T8 Torx screws shown by the arrows in the figure. 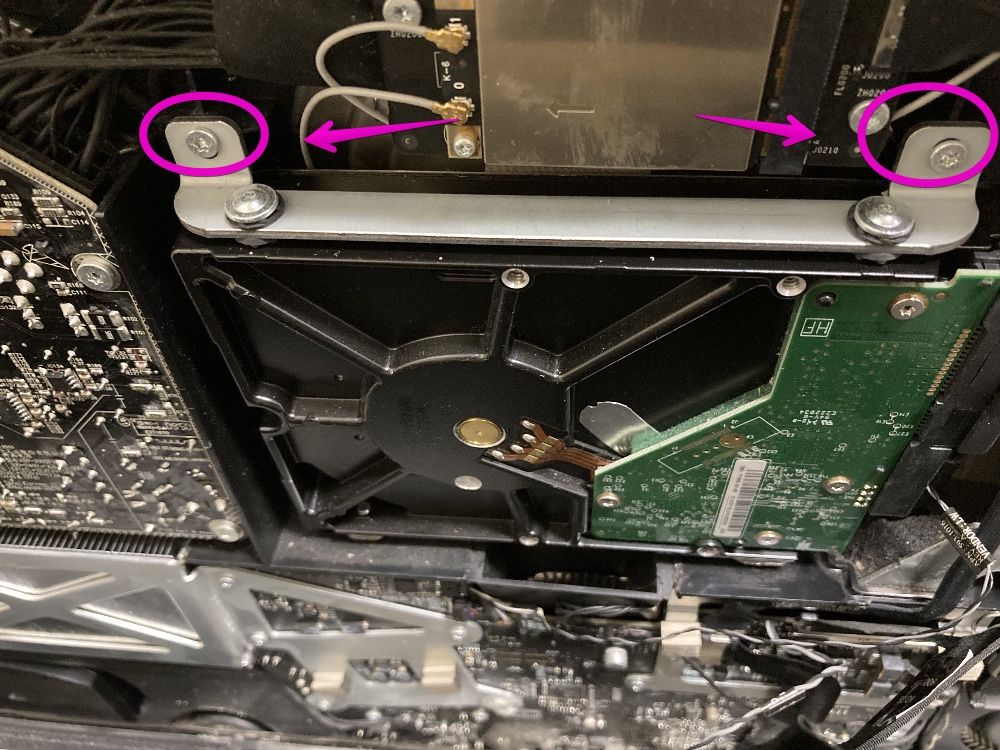 ▶ After removing the screws, remove the HDD while removing all the cables connected around the arrows in the figure. 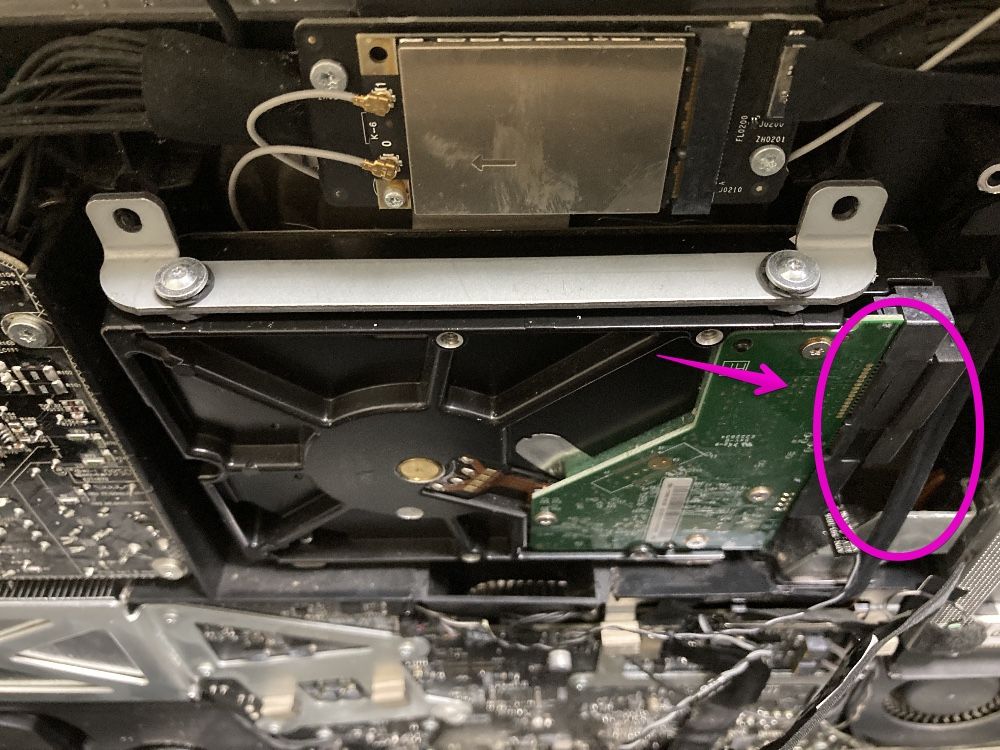 ▶︎ After removing the HDD, remove the T8 Torx screws and parts on both sides. 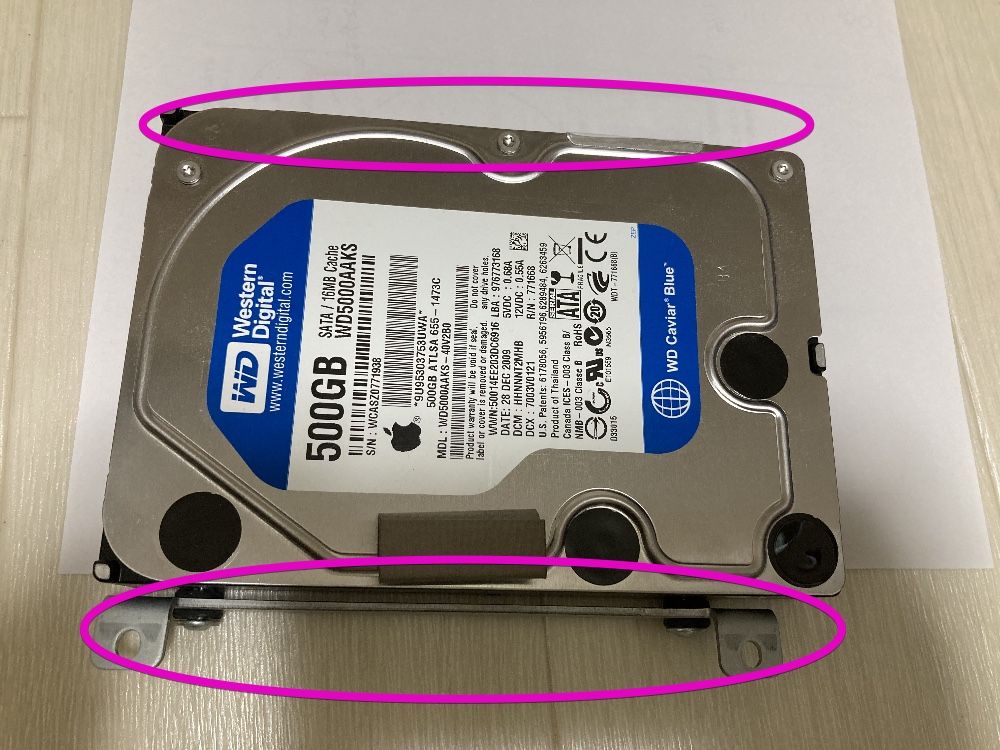 ▶︎ The HDD was completely removed. 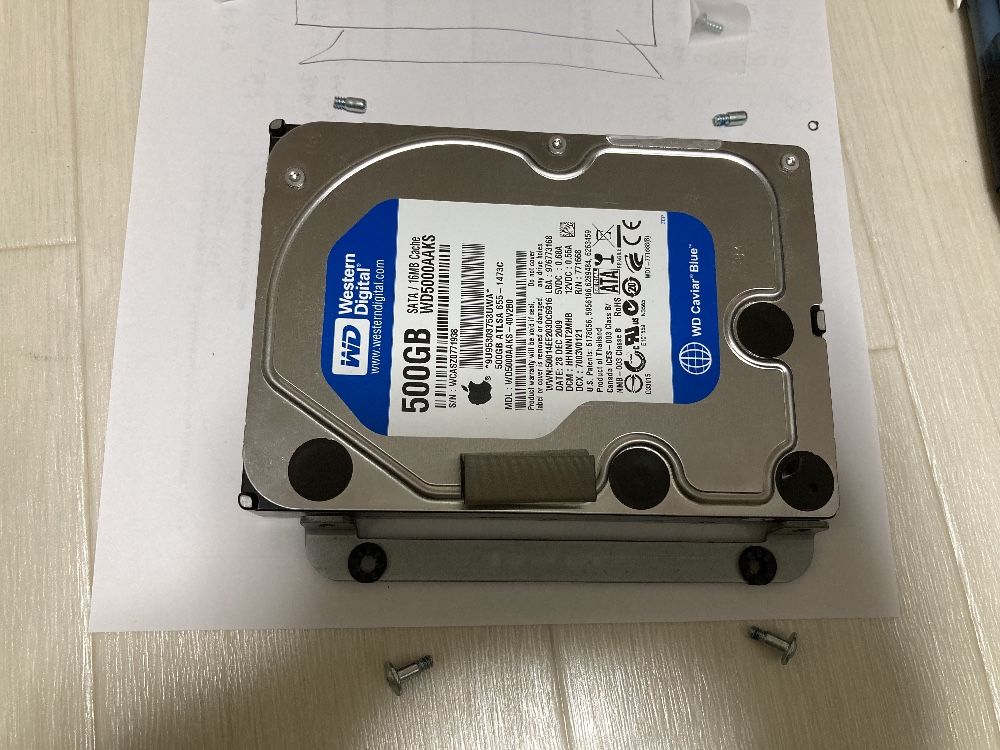 ▶ To assemble an iMac with a replacement HDD, follow the reverse procedure up to this point.

Depending on the iMac model, a sensor cable that detects the temperature of the HDD may be connected.

The HDD in this case is an Apple-only product, and it is difficult to obtain an HDD with a terminal for connecting a sensor cable like this, so you will need to use a general product.

In that case, it has been reported that the cooling fan of the iMac will rotate at full throttle unless the tip of the temperature sensor cable originally connected to the HDD is short-circuited and disabled.

In the figure below, the staples of the stapler are bent and inserted into the middle part of the terminal to make a short circuit. 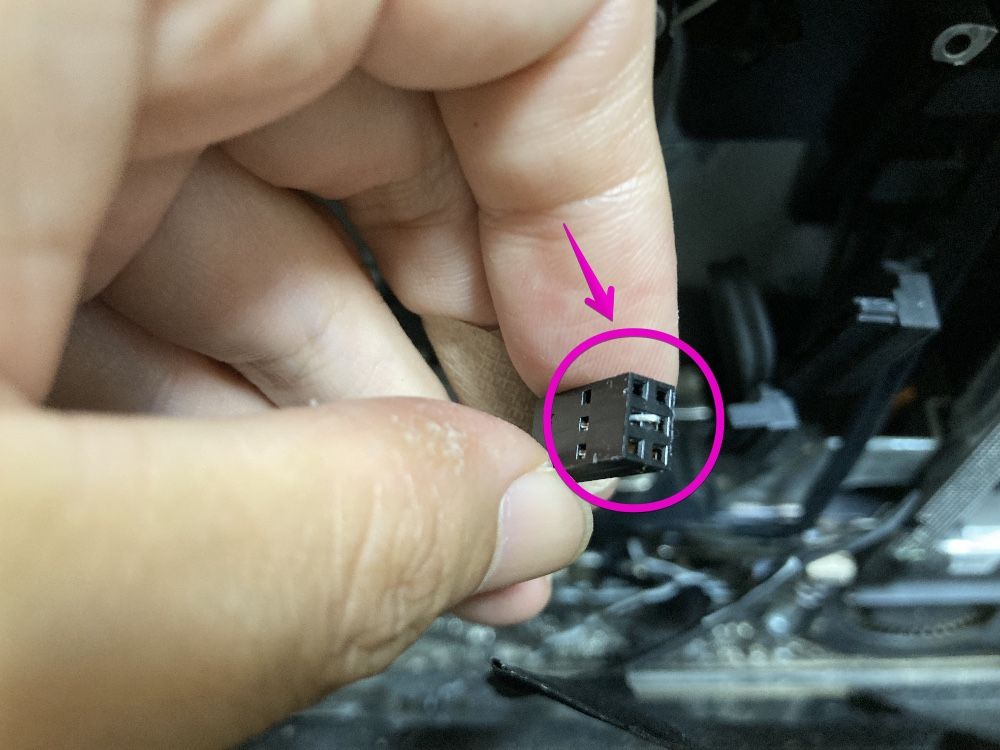 If it is left as it is, the staples of the stapler may come off or short-circuit with other parts, so cellophane tape is wrapped around it. 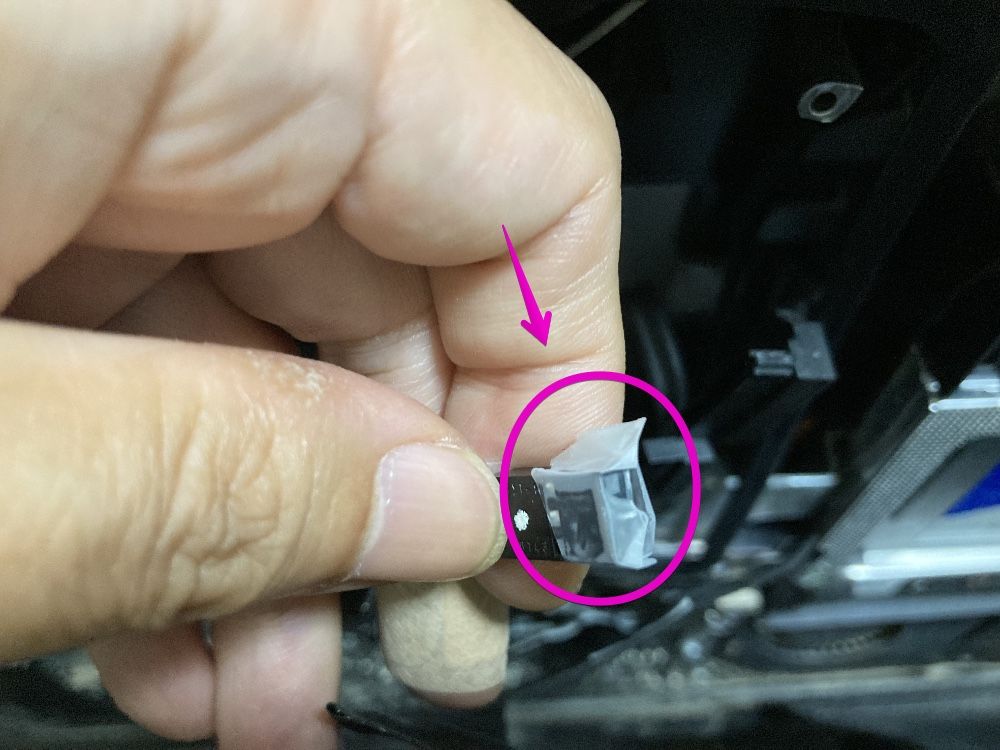 If you are not using it because it does not start due to HDD failure, or if you can get it cheaply, please refer to this page and replace the HDD or SSD and reuse it.