Here are some ways to read a QR code on your Mac.

I will also introduce the advantages and disadvantages of each, so please use it according to the purpose of use.

This page is written for the following people

From the list above, the recommended method is the following pattern.

In order to read the QR code displayed on Safari, you need to save it as an image file and use methods ① and ③, or switch to Google Chrome in ④.

So, from the following, I will introduce the representative apps and services from ① to ④.

Install the app from the link below.

I will briefly introduce how to use it.

When you start the app, icons such as “Scan” and “Import” will be displayed as shown in the figure.

Use “Scan” to read the QR code from the webcam.

Use “Import” to read the QR code that has become an image file. 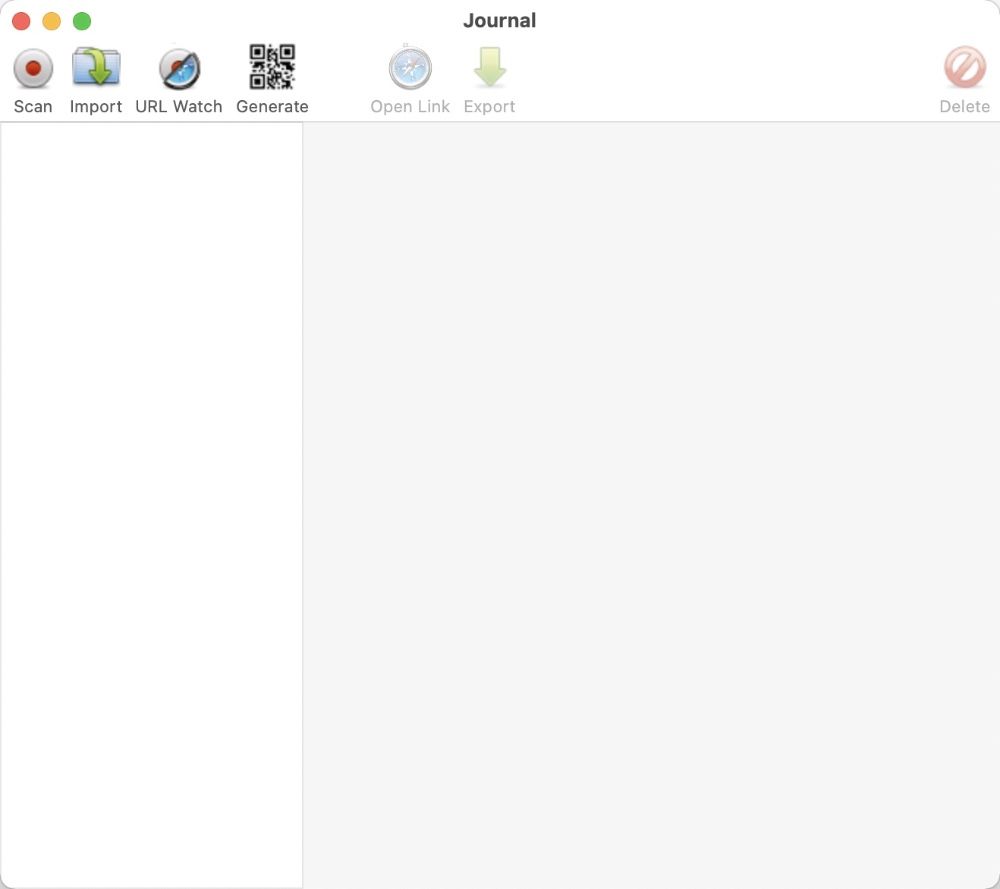 As a test, try scanning the QR code printed on paper with “Scan” with a webcam. 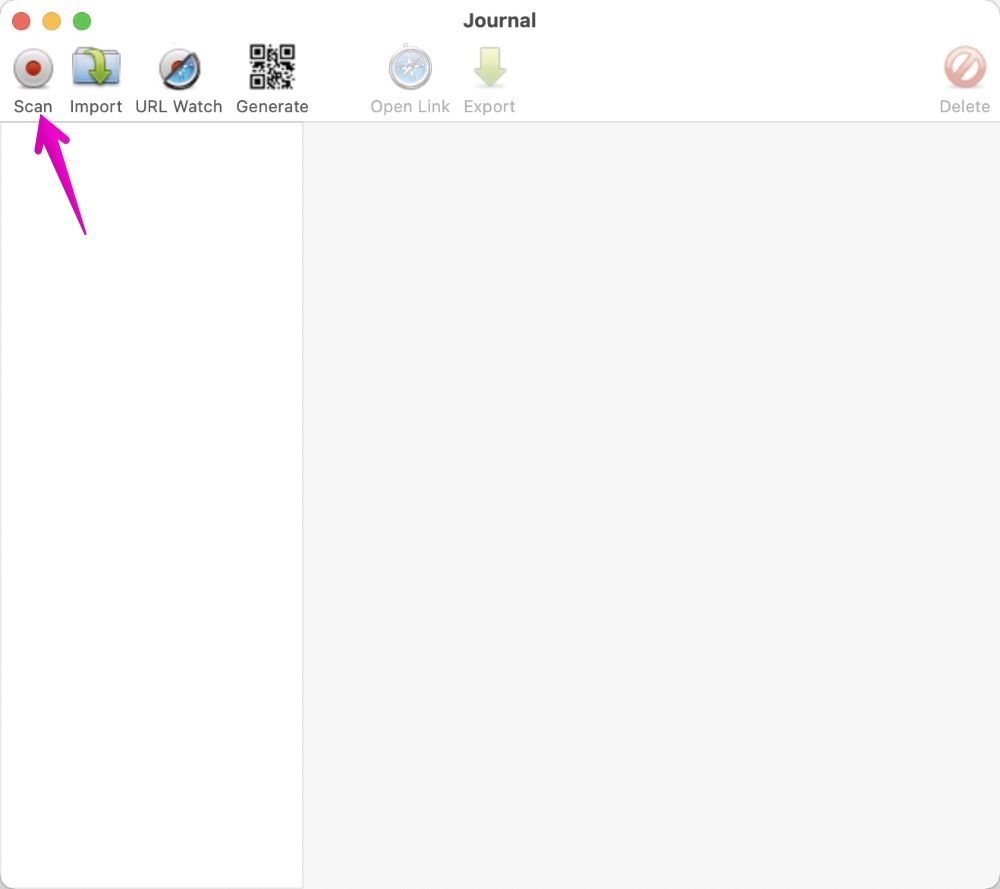 When the webcam recognizes the QR code, the URL is automatically displayed as shown in the figure, and you can perform the following operations with each button. 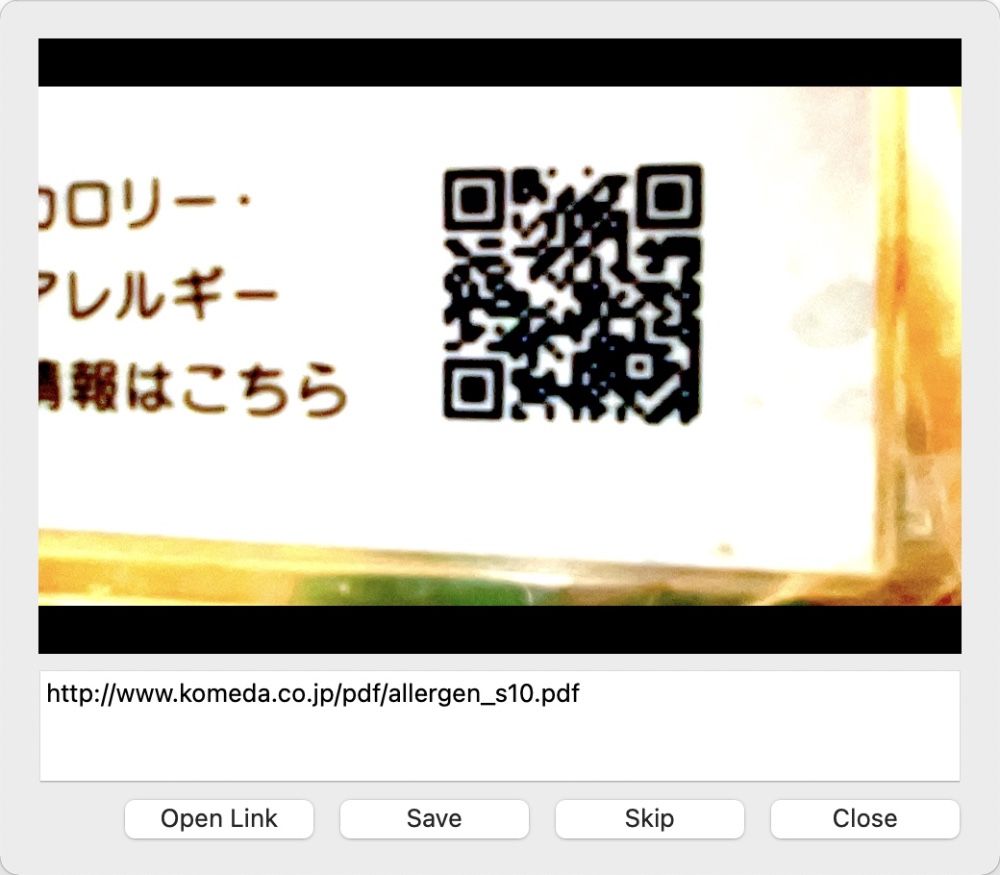 Click the “Close” button to display the history on the left side of the screen as shown. 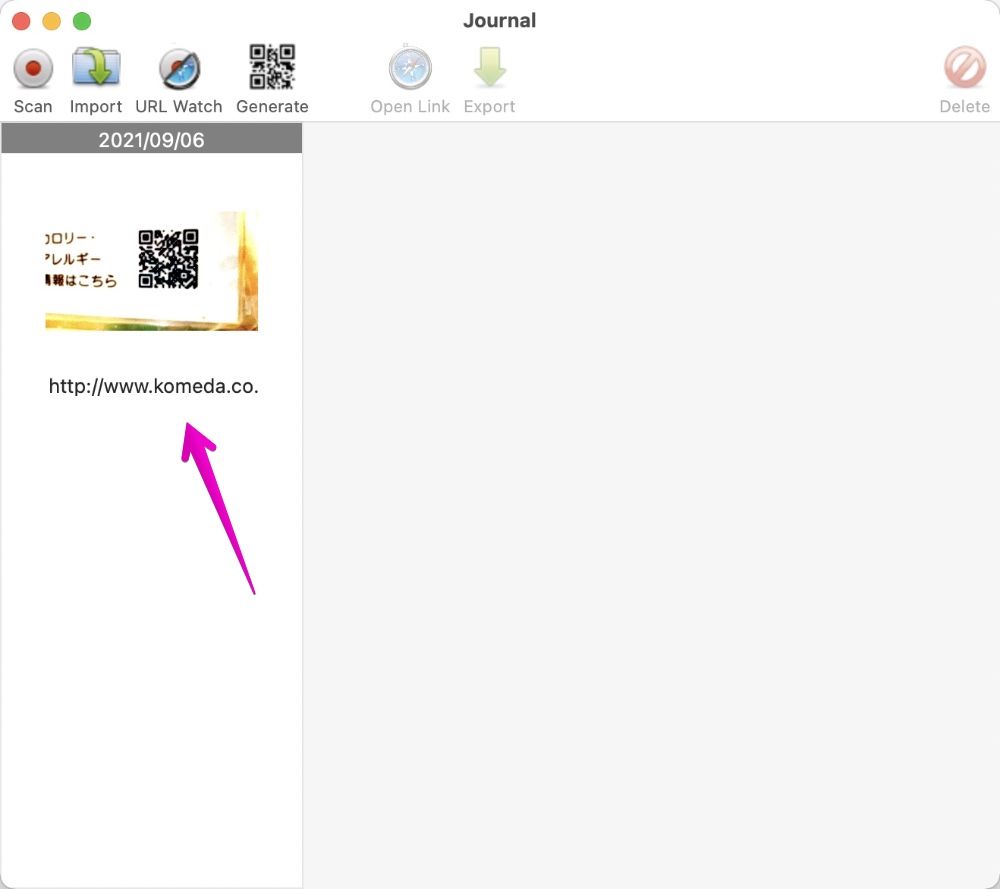 Now, let’s use the “Import” function. 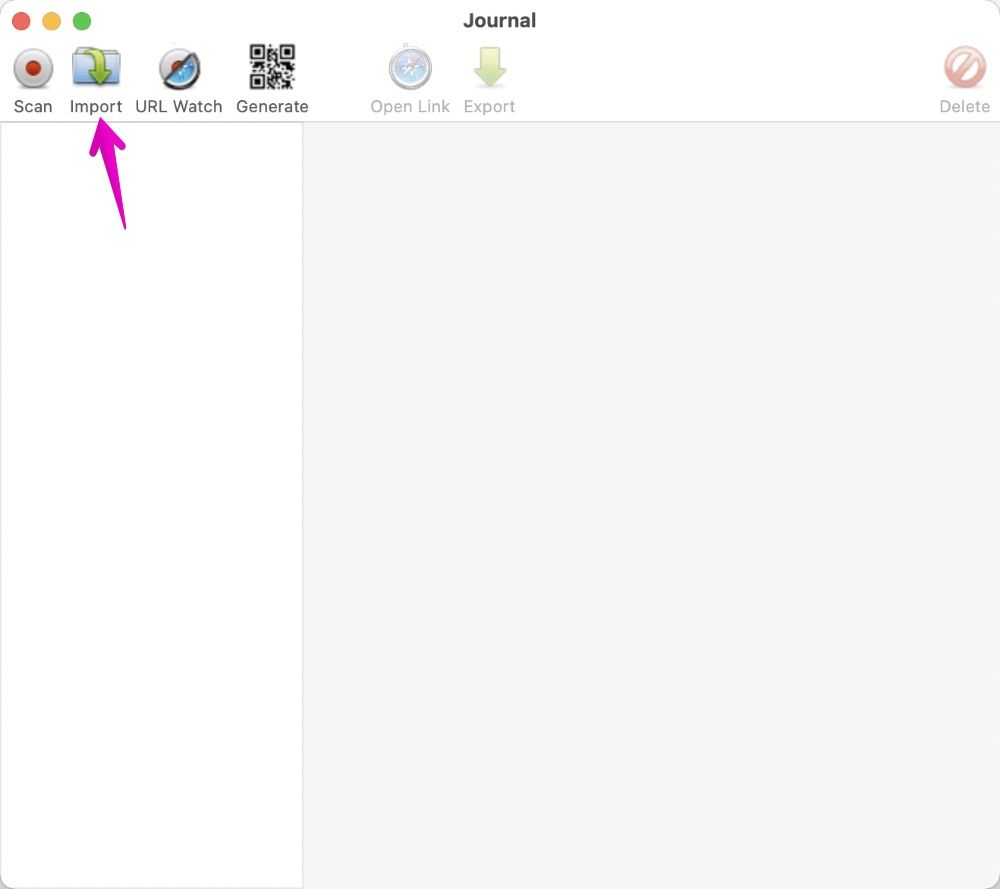 As shown in the figure, the area for dragging and dropping the image is displayed, so insert the QR code image file. 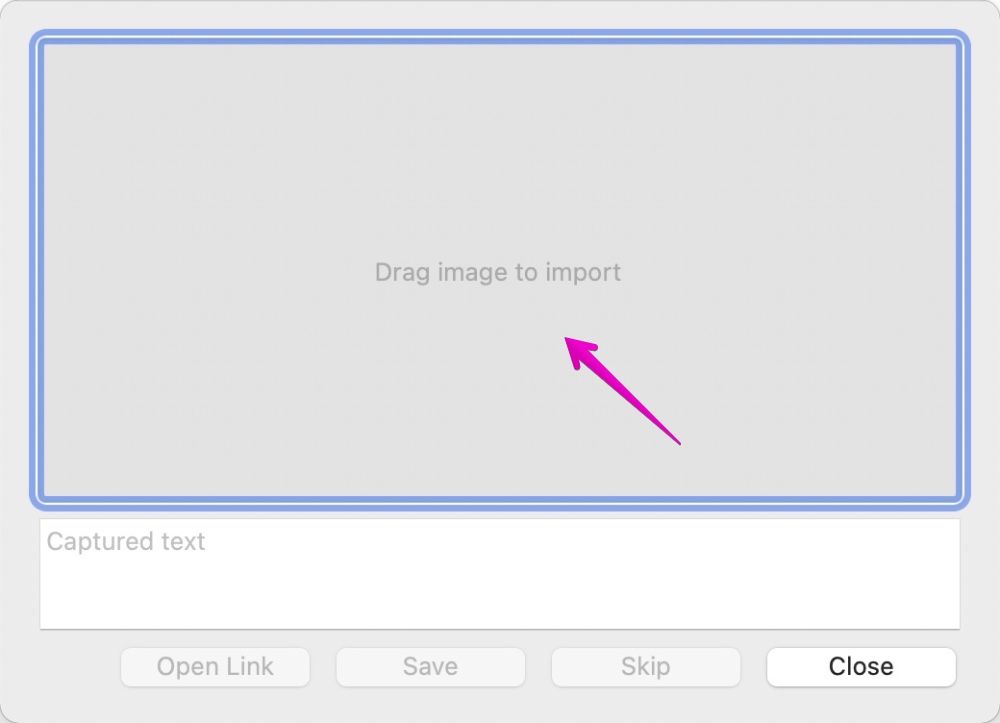 When the QR code is recognized, the URL is automatically displayed as shown in the figure, and you can perform the following operations with each button. 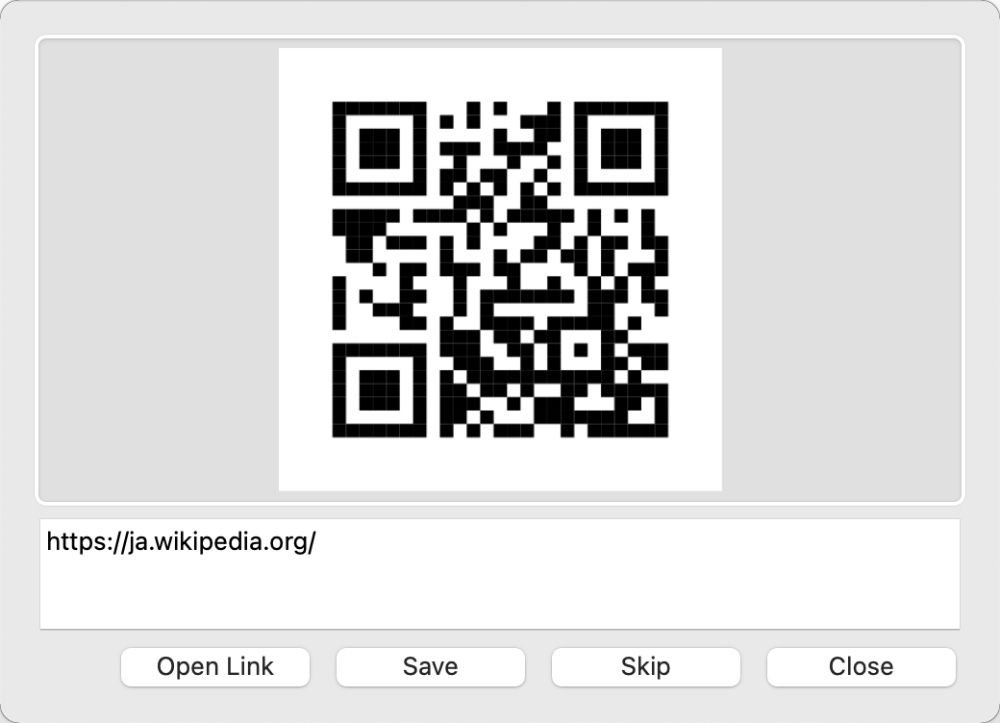 There are other functions, but the minimum functions can be used by the method introduced so far.

This method is limited to Arm Macs (such as M1 Macs).
Not available on Intel Macs.

Install the app from the link below.

I will briefly introduce how to use it.

When you start the app, you can suddenly read the QR code from your webcam.

If not, click the load button at the bottom center of the screen as shown. 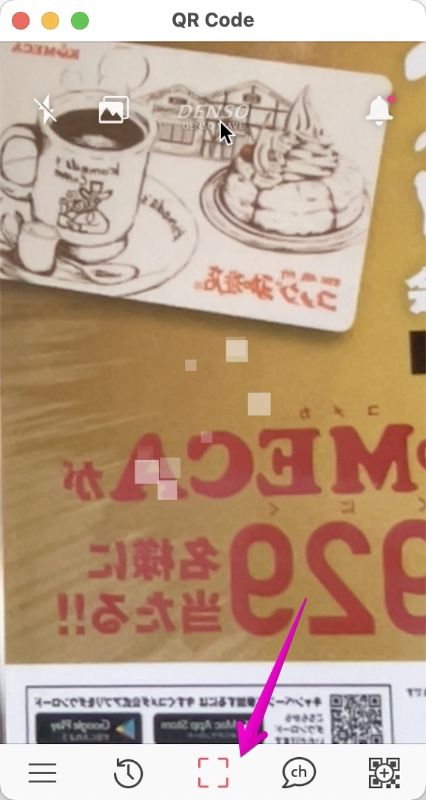 Once the QR code has been read, the site will be automatically displayed in your web browser.

Alternatively, the screen will be displayed as shown. 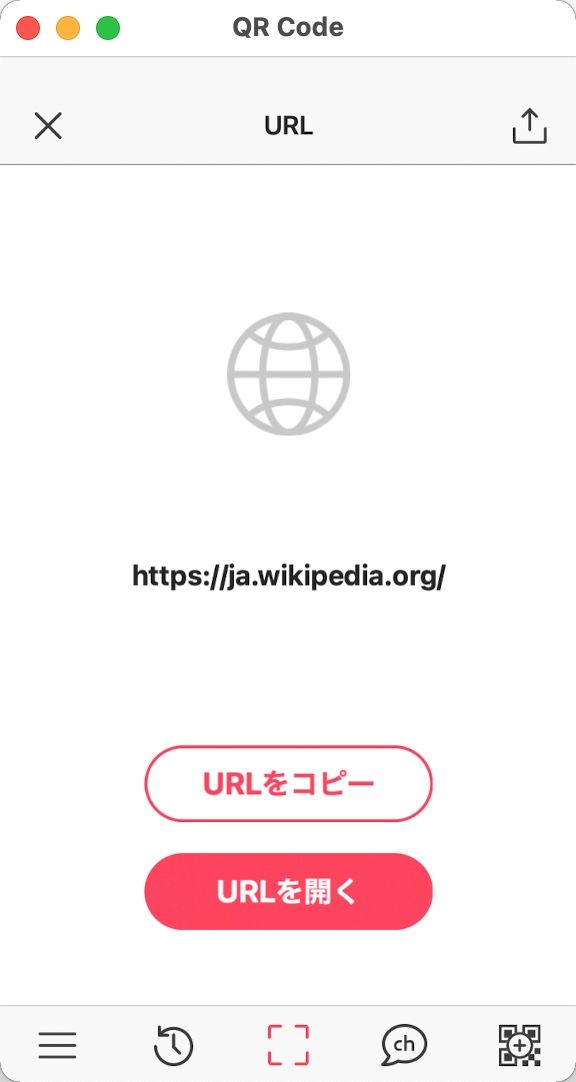 It’s easy, but you can use the minimum functionality up to this point.

The web service introduced here is in Japanese.
However, it is very easy to operate, so even people who use other languages ​​such as English can use it without stress.

Open the link below to open the QR code reading web service site.

When the site opens, click the button “ファイルを選択 (Select File)” pointed by the arrow in the figure and specify the QR code image file saved on your Mac. 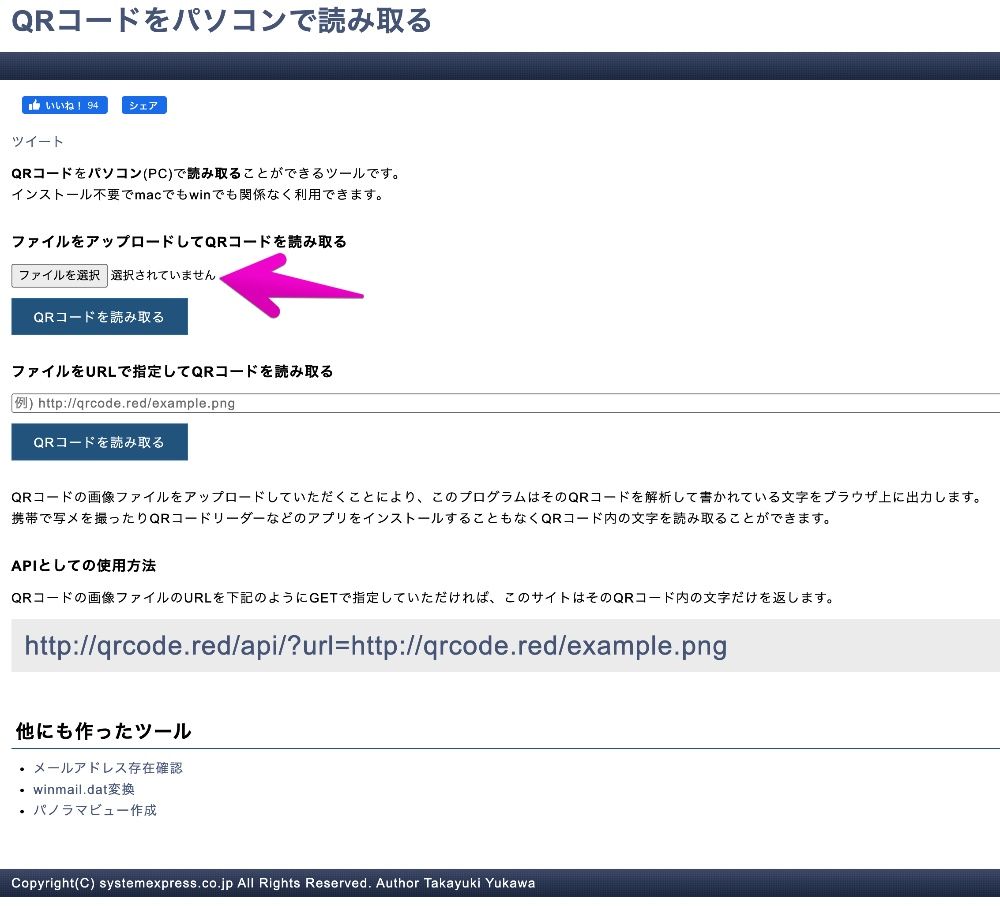 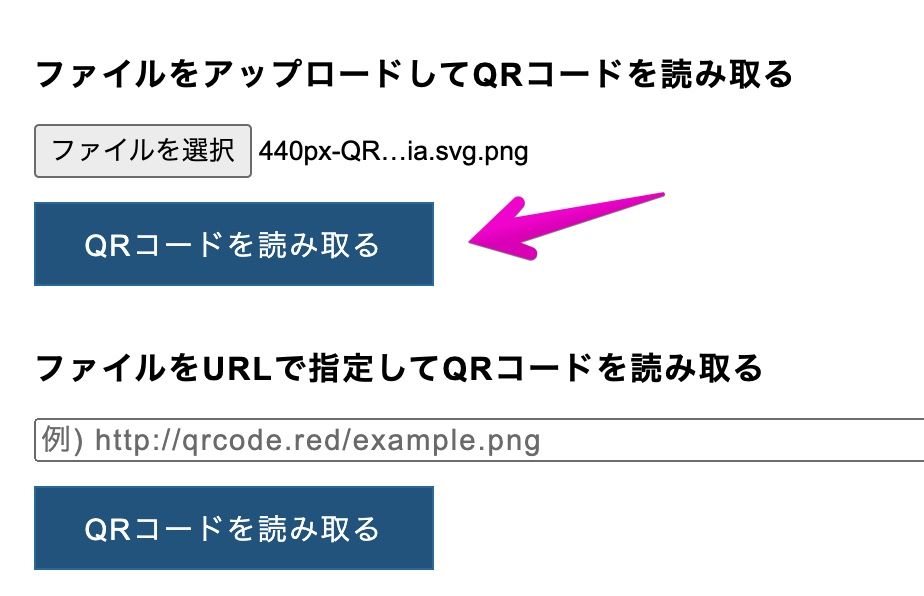 If the recognition is successful, the URL will be displayed as shown in the figure.

You cannot click the URL, so specify the range and copy it. 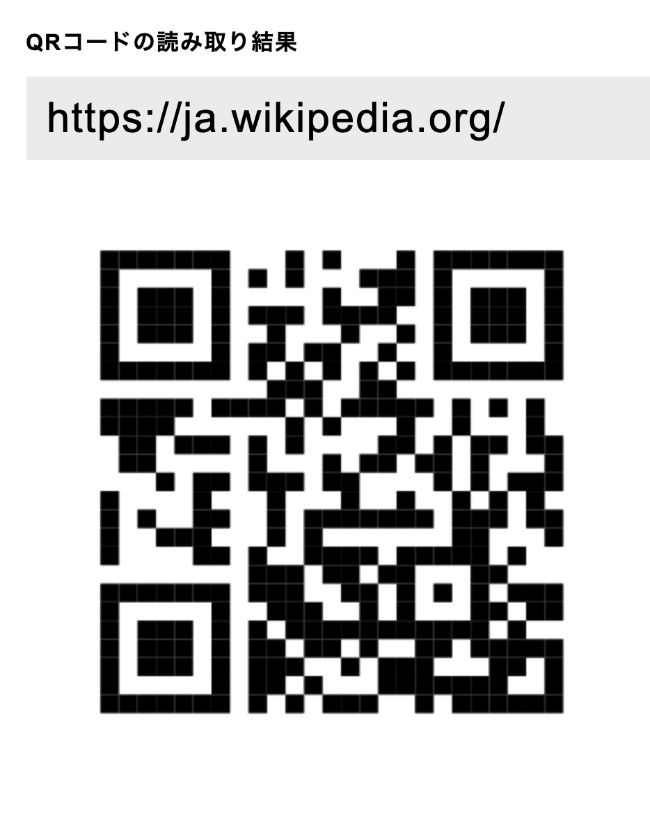 There are some Google Chrome extensions that read the QR code, but the ones introduced below are single functions, but they are the easiest to operate.

Click the link below in Google Chrome to install the extension.

As for how to use it, if you click “QR Code Reader” from the extension icon list on the upper right of the Google Chrome screen, the recognition result of the QR code in the currently open page will be displayed.

Isn’t there a simpler way to recognize QR codes on a web screen? 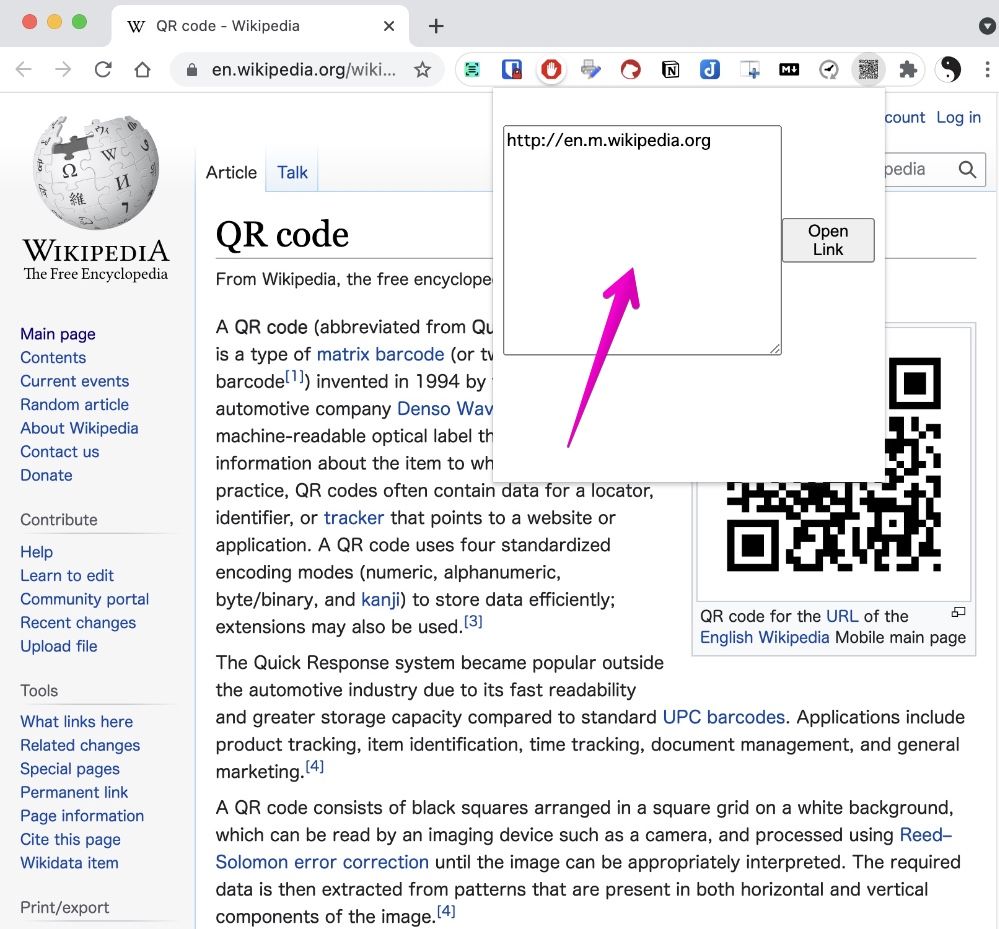 This is all for the articles on this page. 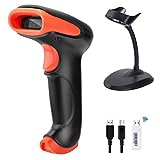